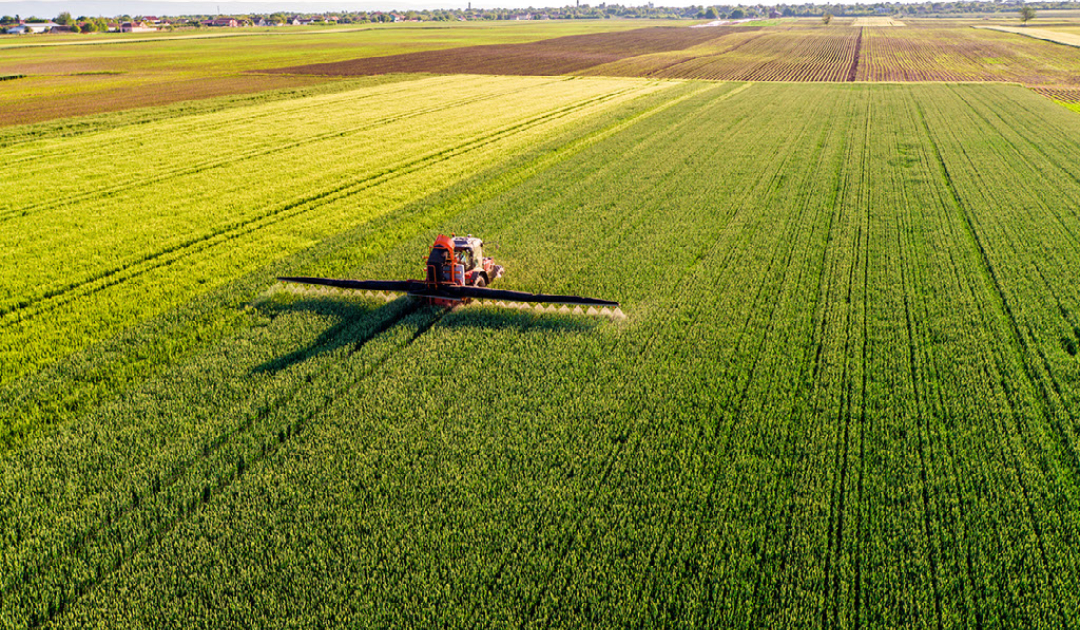 Fertilizer aids in replacing nutrients that crops remove from the soil. It’s an essential element in ensuring strong crop yields. But the price of fertilizer is rising sharply and the production process for making the ammonia that goes into fertilizers has taken a heavy toll on the environment for more than a century.

Green ammonia is the solution to both the financial strains on the fertilizer industry due to rising natural gas prices and other outside factors, such as the Russia-Ukraine war. But it’s also a way to make fertilizer production carbon-neutral to protect the environment long term.

So what is green ammonia and how is it transforming the fertilizer industry? Learn more about how to make green ammonia as well as answers to key questions related to production.

What is Green Ammonia?

Ammonia is a crucial gas that aids in a variety of use cases, namely agricultural fertilizer production. But up until recently, producing ammonia meant enormous greenhouse gas emissions. In fact, the heavy use of fossil fuels to create ammonia leads to 1.8 percent of all CO2 emissions globally. That’s more than any other chemical-making reaction, and 80% comes from just generating the hydrogen required for the Haber-Bosch process.

Green ammonia removes all reliance on fossil fuels in producing ammonia. There are several components to producing green ammonia. The first is through water electrolysis. This process uses electricity to separate the hydrogen from water, instead of from fossil fuels like methane (CH4) which leave behind carbon emissions. The next component is through renewable generated electricity, needed to power the whole process in a sustainable way.

Plus, the existing use of fossil fuels makes traditional ammonia production extremely energy-hungry, consuming much of the world’s natural gas, which is in higher demand due to increased temperatures calling for more energy use to cool buildings and homes.

Blue ammonia captures and stores the carbon produced in the making of hydrogen. It’s an improvement over the standard brown process, but still not carbon-neutral. Green ammonia generates hydrogen using water electrolysis. Sustainable electricity powers the process, making it truly carbon-neutral and the solution to a better way to make fertilizer.

How to Make Ammonia to Meet Growing Needs

Global demand for nitrogen-based fertilizers has increased 6 percent from 2017 to 2022. Experts predict that demand will continue to steadily increase due to increases in the population and the need for more food supply. Liquid ammonia fertilizer, otherwise known as anhydrous ammonia, is 82% nitrogen by weight, making it the fertilizer with the highest nitrogen content.

Currently, there are 7.6 billion people in the world. But by 2050, that number is expected to increase by 2 billion. As such, the need for strong crops is enormous and growing. The global food supply must match population growth. Improved access to fertilizer will help ensure that all communities have enough food.

As of 2021, 98 percent of global ammonia production used fossil fuels as feedstock for fertilizer production. Currently, China is the largest ammonia producer followed by Russia and the U.S. The U.S. has 32 ammonia plants in 17 states. It ships that supply via pipeline, rail and truck. In 2020, the country produced 17 million metric tons per year, a 46 percent increase since 2015. As such, the country has been able to reduce its reliance on importing ammonia.

The U.S. currently has one blue ammonia plant, which captures and sequesters carbon dioxide emissions and pipes it to nearby oil fields. The first green ammonia plant is scheduled to begin operations in 2023 in Donaldsonville, Louisiana. The plant is expected to produce 20,000 metric tons per year.

Building green ammonia plants is time-consuming and expensive. And producing ammonia solely at plants will still require transporting the ammonia to fertilizer production facilities, which will require fossil fuel use.

The real answer to meeting the increasing global need for ammonia is modular units that empower companies to produce green ammonia on-site. IAMM™ from AmmPower requires only electricity to power ammonia production anywhere in the world.

These modular carbon-free ammonia synthesis units make it easy to scale production and are expected to disrupt the commercial ammonia marketplace. Learn more about clean, sustainable energy technology from IAMM™, which will transform ammonia production while reducing global carbon emissions.

Green ammonia is a trending topic in the fertilizer industry as farmers look for ways to protect their crop yields while managing expenses and keeping profit margins in a sustainable place. Learn more about some common questions and answers concerning green ammonia and its production.

Yes, green ammonia uses a production process that is 100 percent carbon-free. It’s offering a solution to one of the largest causes of CO2 emissions in the world. The traditional way of producing ammonia relies heavily on fossil fuels, which accounted for 2 percent of all fossil fuel use worldwide.

Why Is Green Ammonia Important?

Green ammonia powers the production of carbon-neutral fertilizers. That helps decarbonize the food value chain. And with time, green ammonia could be the solution to climate-neutral shipping fuel. That’s because ammonia and hydrogen are the only two carbon-free fuels, meaning they do not produce carbon emissions when combusted. In addition, green ammonia does not require fossil fuels to manufacture. Instead, it relies on the renewable energy sources of solar power, wind turbines and hydroelectricity.

What Is the Difference Between Blue and Green Ammonia?

Blue ammonia is made with hydrogen that comes from fossil fuels like coal or methane (CH4). Carbon emissions during the conversion process are captured instead of being sent into the atmosphere in the form of CO2 emissions. In contrast, green ammonia uses water electrolysis, which is completely carbon-free. While blue ammonia uses carbon capture and storage instead of allowing it to enter the atmosphere, it is still producing carbon, while green ammonia production produces no carbon.