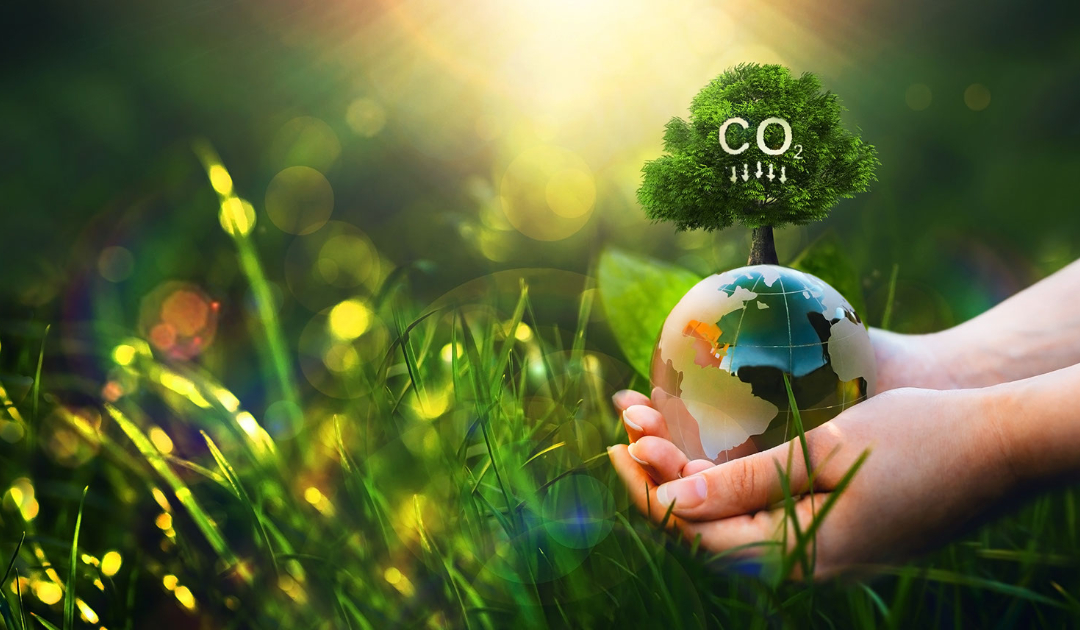 The ammonia industry is responsible for 451 million metric tons of CO2, which is 1.8 percent of global CO2 emissions. But for the average person, the term decarbonized might be foreign. Plus it’s often hard to know all the buzzwords and concepts that sustainability professionals present constantly.

Understanding the concept of decarbonization is important to advocating for better business and environmental improvements in industries that are having a big impact on climate change. Learn key terms and concepts related to the importance of decarbonizing industries.

What Is Climate Change?

To understand the importance of decarbonized industry, you first need to see the impacts climate change is having on the world. Here are some important facts and figures from NASA.

Human activity is the main cause of climate change. Many industries pump the following greenhouses gases into the atmosphere at astounding rates.

As we clear land of its organic properties to make way for agriculture or industry, the process leads to more greenhouse gases. Since 1750, industrial activity has increased atmospheric carbon dioxide levels by almost 50 percent.

The severity of climate change and its lasting effects will depend on how quickly and effectively decarbonization takes place. And if greenhouse gas emission continues at its current rates, there will be irreversible damage to the planet worldwide. Emitting less carbon dioxide can help us avoid the most serious consequences of carbon emissions.

What Is Decarbonized Industry?

Each process results in less carbon in the atmosphere but through different approaches. In the case of the ammonia industry, most experts find that the most successful option is to stop using fossil fuels as feedstock for the Haber-Bosch process.

Some decarbonization efforts focus on never allowing carbon emissions in the first place. Others use carbon capture technology, such as in the case of blue ammonia. It doesn’t mean that the production process is carbon-free, but it does still prevent the carbon from reaching the atmosphere, which is crucial to combating climate change.

Even once the ammonia industry solves the enormous carbon emissions that take place during the Haber-Bosch process when it is powered by fossil fuels, there are other challenges in truly making it a carbon-free industry.

Truly carbon-free industries also decarbonize supply chains to reach a net-zero emission status. Experts are finding ways to use clean, renewable energy to power vehicles and ships that transport goods but getting to a truly net-zero operations model for ammonia will take some time.

Why We Need Carbon-free Ammonia

We can’t simply produce less ammonia because it is vital to agriculture and maintaining the food supply. So instead, we need to move toward low-carbon ammonia and carbon-free ammonia to get to a sustainable place for combating climate change in the industry. Here’s why we need carbon-free ammonia.

As populations increase, the demand for food must scale. Globally, there are 7.6 billion people, and the United Nations estimates there will be another 2 billion by 2050.

To meet these demands, farmers must ensure strong crop yields each growing season. To boost crops, they use fertilizer. Ammonia provides vital nitrogen to crops and demand is ever-increasing.

From 2017 to 2022, the demand for nitrogen-based fertilizer increased by six percent. Producing ammonia-based fertilizers is essential to feeding the planet’s growing population despite the challenges the current brown ammonia production process faces in enormous CO2 emissions.

Part of that is due to international disruptions from the pandemic, Russia-Ukraine war, and countries committing to lower carbon emissions before having green or blue ammonia production facilities in place.

The trajectory for fossil fuels shows the energy source staying expensive, which could mean that farmers can’t afford fertilizer or that they must raise the price of food to offset these growing expenses.

3. It Poses an Opportunity for Renewable Fuel

Ammonia isn’t just an essential element of agriculture. It also poses an incredible opportunity for decarbonizing the shipping industry to help get goods to users without environmental impacts.

Experts anticipate that ammonia will be the fuel of the future. Research and development of ammonia-powered ships are well underway with the first voyages expected in 2023 and beyond.

Decarbonizing ammonia production is essential to providing the opportunity to use ammonia as fuel because we can’t just swap one carbon-emitting fuel for another.

What Is Green Ammonia?

Decarbonizing the ammonia industry relies on green ammonia, which uses renewable and carbon-free energy. The process uses hydrogen from water electrolysis and nitrogen pulled from the air.

Production still relies on the Haber-Bosch process but it uses sustainable electricity and water instead of fossil fuels.

Perhaps the greatest opportunity for the ammonia industry is on-site ammonia production. Thanks to advances in green ammonia technology, farmers and fertilizer companies can produce ammonia on-site with just a few shipping containers.

AmmPower is at the forefront of developing green ammonia units and will begin shipping its Independent Ammonia Making Machines (IAMM™) in the first quarter of 2023. These modular units can scale up or down to meet production requirements during various seasons or needs.

All the units need are electricity and water. Learn more about the available systems and request a free quote now to be one of the first to receive one of these units when they begin shipping.