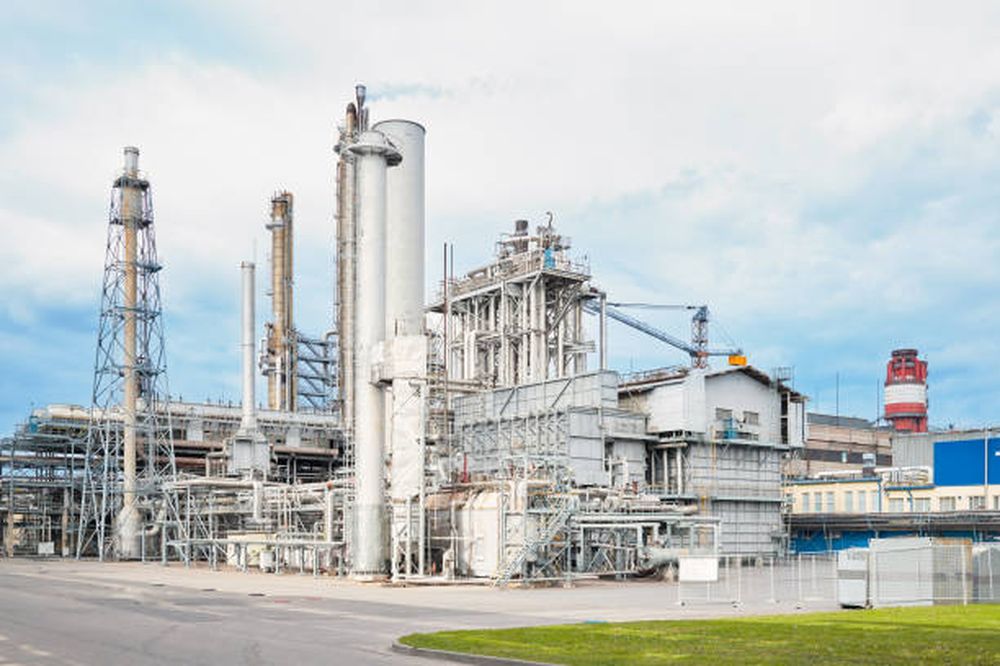 Although the Haber-Bosch process helps create one of the most important industrial chemicals ever, the existing use of fossil fuels used in the process is also very bad for the environment.

The ammonia synthesis process leads to 451 million metric tons of CO2 emissions worldwide each year. That’s a total of 1.8 percent of the global CO2 emissions nationwide.

One of the largest uses of ammonia is in fertilizer to help increase crop yields. Demand for these fertilizers is expected to grow year over year, which means if chemists can’t find and adopt a better process for ammonia production, the environmental effects will only continue to become larger and more impactful.

The first step in assessing the environmental impacts of ammonia production is to understand the problem and some possible solutions.

In 2019, the global production of ammonia reached 235 million tons. It is the second-highest produced chemical commodity. The first is sulfuric acid. While the increase in production is essential to maintaining agriculture as we know it, current methods for ammonia production mean enormous carbon dioxide (CO2) emissions.

Greenhouse gasses – specifically carbon dioxide – are one of the largest factors in climate change.

CO2 emissions create a barrier around the earth that traps heat in the atmosphere, which warms up the planet. But too many greenhouse gasses don’t just mean you’ll be warmer throughout the year.

So the production of ammonia that is designed to help improve food yields to meet the demands of the population is having a long-term negative impact on food and water supplies.

Additional factors since industrialization began in the mid-1800s are also contributing to greenhouse gasses. Fossil fuel combustion is creating massive amounts of greenhouse emissions, and changing how land is used due to urban and agricultural expansion is also greatly impacting the environment.

In 1950, CO2 emissions had already reached the maximum amount that the earth could absorb without negative impacts. Since then, humans have only increased their use of industrial processes and fossil fuels.

That’s why you’re hearing so much about the importance of reducing greenhouse gasses. And because the ammonia production process accounts for so much of the world’s CO2 emissions, it’s no big surprise that experts are calling for environmentally friendlier production processes.

Why Is Ammonia Production so Carbon-Intensive?

The U.S. is the third-largest producer of ammonia, after China and Russia. Natural gas-fed production facilities dominate in the U.S. with 92 percent being powered by natural gas.

Ammonia production has been able to increase in the U.S. thanks to low natural gas prices and increased natural gas production. There are 32 plants spanning 17 U.S. states that produce and transport ammonia.

Further decreasing the environmental impacts of ammonia production requires that a plant sequester the resulting carbon dioxide. This is known as blue ammonia. There is one blue ammonia plant in the U.S. based in North Dakota.

Or, ammonia producers can use renewably-generated electricity and hydrogen from the electrolysis of water to avoid fossil fuels, and their associated emissions, altogether. This is known as green ammonia.

How Does Green Ammonia Work?

Green ammonia uses solar, wind or hydropower to produce electricity to feed an electrolyzer, a nitrogen separator, and the ammonia synthesis process. The electrolyzer sends an electric current through water, thereby “electrolyzing” it, to separate the hydrogen and oxygen atoms. The hydrogen is then mixed with nitrogen from the air and then synthesized into ammonia (NH3).

Using hydrogen from water, instead of from fossil fuels, is the primary method for making ammonia green, decreasing CO2 emissions by 80%. The remaining emissions are prevented by using an alternative electricity source to power the process.

Experts are discovering the power of ammonia for other purposes outside of just fertilizer and industrial use. It can be an energy source since it has nine times the energy of lithium-ion batteries. Plus, it is 1.8 times more energy-dense than liquid hydrogen. Another benefit of ammonia as an energy source is that it is easier to transport than other energy sources, like hydrogen, because it can be safely transported as a liquid at ambient temperatures with only slight pressure.

But, before using ammonia as an energy source, we must find a way to make the production process more environmentally friendly, which is where green ammonia comes in.

One ton of traditional ammonia emits two tons of CO2. That is one reason why ammonia derived from traditional production processes is referred to as gray or brown ammonia.

IAMMTM is a carbon-free ammonia production unit that has three main benefits. It is:

The process is end-to-end clean and green, while also reducing the need to transport the ammonia once it is produced. This process could take us one step closer to a completely decarbonized fertilizer production system.

The IAMM™ green ammonia units produce affordable anhydrous ammonia for agricultural and commercial use. The units are manufactured in Michigan at the company’s 15,000-square-foot facility to further reduce the country’s reliance on importing ammonia. The units require little setup once they reach the end-user.

By lowering the logistics expenses related to producing and using green ammonia, the entire production and operational costs will be lower for the user.

The innovative approach to ammonia production comes at an opportune time as it serves as an answer to fertilizer distributors and farmers who currently rely on centralized transportation and a lengthy, carbon-intensive supply chain to produce their products and get them to market.

You can sign up for news alerts to stay in the know about developments in the IAMM™ green ammonia production units.