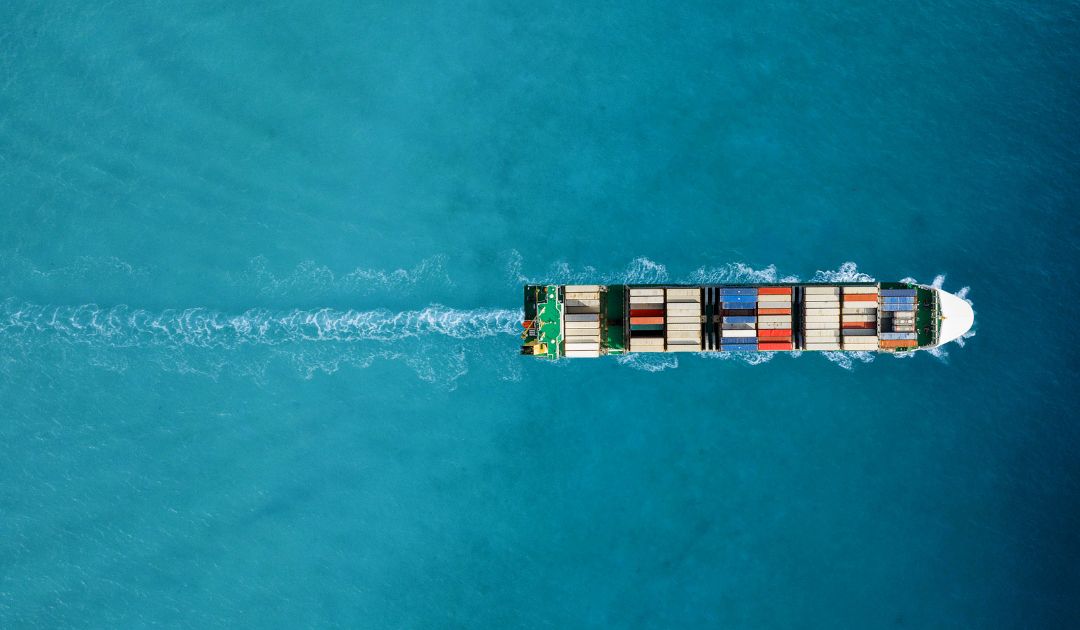 Ammonia Fuel (NH3) is Gaining Favor in the Shipping Industry

By newlightdigitalSeptember 13, 2022September 29th, 2022No Comments

Container ships account for 1 billion metric tons of carbon dioxide annually, which is 3 percent of all global greenhouse gas emissions. As nations focus on ways to combat climate change, focusing on industries with heavy carbon emissions like the shipping industry is a good place to start.

That’s why ammonia as a shipping fuel is gaining favor. With container ships producing 16.14 grams of CO2 per metric ton of goods shipped and the ever-increasing demand for goods, focusing on this initiative is important.

Ammonia as a Fuel for Ships

Ammonia is a colorless fuel that emits no carbon dioxide when burning. It’s also already the second most manufactured commodity in the world, primarily used in the agricultural industry. The availability and existing infrastructure for ammonia handling makes ammonia as fuel an attractive option for reducing the carbon footprint of the entire shipping industry.

Modern advances are helping fuel green ammonia production, which relies on renewable electricity and water. Internal combustion engines and fuel cells can both use ammonia and unlike hydrogen, it doesn’t have to be stored in high-pressure tanks or at cryogenic conditions.

Compared to lithium-ion batteries, ammonia has 10 times the energy density. The challenge that alternative fuels face is the need to power vessels for days or even weeks at sea without consuming too much space that has to be devoted to the containers hauling goods.

Just the same, the International Maritime Organization (IMO) committed to reducing 2008 emissions by 50 percent by 2050. While that might sound like tons of time, meeting such a change requires widespread diesel-fuel alternatives and new designs for container ships.

As of now, no ships are equipped to use ammonia as fuel despite the fact that the industry sees it as the future. And the change requires finding sustainable ways to produce green ammonia as fuel.

Wärtsilä, a Finland company, has begun testing ammonia as fuel in a combustion engine. Likewise, ship companies in Germany and Korea have been working to develop ammonia-fueled oil tankers, with the goal of completing the project in 2024.

Statoil owns the fuel ship named Viking Energy, which is expected to be the first ammonia fuel cell ship to begin voyages powered only by ammonia in 2024. The boat currently uses liquified natural gas. The transition will require twice the space for the ammonia fuel since it has half the energy density that natural gas does.

One thing that’s delaying the process is the high expense of revamping these ships. Experts say that reaching the IMO emission-reduction target by 2050 will require $1.4 trillion. Even so, getting to completely carbon-neutral shipping will take another $500 billion from there.

Despite the challenges of ammonia fuel for ships, it’s still the best carbon-free energy option. Other technology that experts are experimenting with, but not seeing great results from, include:

That’s why experts say ammonia is the best option currently and why so much time and expense are going into developing an ammonia ship engine. While testing is still in its earliest phases, experts expect that ammonia will account for 25 percent of all maritime fuel by 2050 and all newly built ships will run solely on ammonia starting in 2044.

Viking Energy’s expected voyages in 2024 using solely ammonia for ship fuel makes it sound like experts have it all figured out. But in reality, there are still several hurdles that scientists are working hard to overcome before ships can start operating solely on ammonia.

History of Ammonia as Fuel

In 1942, diesel shortages prompted experts to test ammonia as fuel. Public buses had just gained popularity and there simply was not enough diesel to power them. At first, experts thought they would use compressed coal gas but quickly found that its energy density was too low and storing it was extremely impractical.

Since then, interest and research into ammonia as fuel has had its fits and starts. All the while, ammonia production has steadily increased to meet global food supply requirements by ensuring strong crop yields using ammonia-based fertilizers.

Toward the end of 2021, Amazon took a major step in ammonia for shipping. The e-commerce giant invested in a startup focused on powering cargo ships using ammonia.

For Amazon, it’s just one arm of reducing its carbon footprint. It is also focused on powering its warehouses using renewable energy and using electric delivery vehicles.

So far, Amazon has supported 13 climatech startups. It’s all part of the company’s commitment to net-zero carbon emissions by 2040.

AmmPower has been at the forefront of green ammonia innovations and advancements. In 2023, AmmPower will begin shipping its first independent ammonia-making machines – IAMM™. While the units are designed for the fertilizer industry, AmmPower is aiding in research for ammonia as shipping fuel.

Our team is excited to be part of the decarbonization of the shipping industry where 120 ports already have the equipment for ammonia trading. Meanwhile, our technology is poised to help the industry meet its needs for 150 million tons of green ammonia per year to transition 30 percent of all maritime fuel to ammonia by 2050.Sign up for updates in the footer of our website to stay up to date on advancements and how we’re at the forefront of ammonia-powered ships.